Although it might be the revolution in Cornish cuisine that has really grabbed headlines in recent years, Cornish drinks are another huge success story. From the now famous Sharps Ales to distilled spirits of a rare quality and potency, Cornwall has some of the best booze in the UK! This month we decided to raise a toast with Luke, Hotel Bristol’s Bar Manager, to discover what is new, local and delicious on the Cornish craft alcohol scene:

It’s no secret that Cornish ales and the microbreweries are in rude health at the moment. Sharp’s Doombar is perhaps still the biggest commercial success story, but Luke also recommends Sharp’s Wolf Rock Red IPA, which is a deliciously coppery and hoppy brew with a lot of depth. “You might have seen it sold by the bottle, but we now have it as a cask ale too, which is a must for any craft beer fan,” advises Luke. 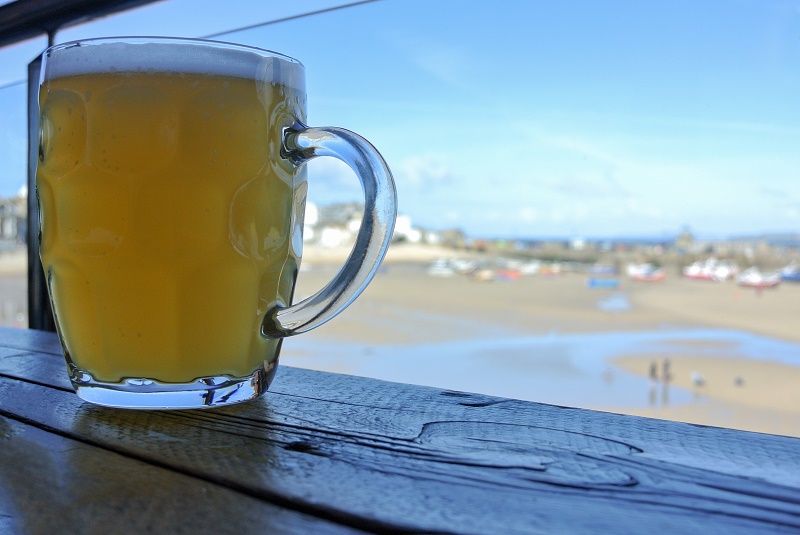 “It’s eye-opening just how highly regarded Cornish ales are now regarded, he says. “German guests, as well as travelling Brits, will specifically ask for Cornish ales, which is fantastic.” Other brews rapidly becoming favourites include offerings from St Austell (Proper Job IPA is a cracker) and Skinner’s (try Porthleven Pale Ale for a mixture of Cornish tradition and new-world hops). The hotel is always well stocked with a fresh selection of bottled ales- while a beer sampler rack is another likely development on the way for the visiting beer lover.

Another traditional staple, Cornish cider is as popular as ever. Cornish Rattler Ciders are highly popular, with pear cider great for the drinker who likes a sweeter drink. Sharp’s Orchard Cider- a collaboration between Cornish brewers and Sheppy’s of Somerset- also hits the spot with a sharper, more traditional bite. 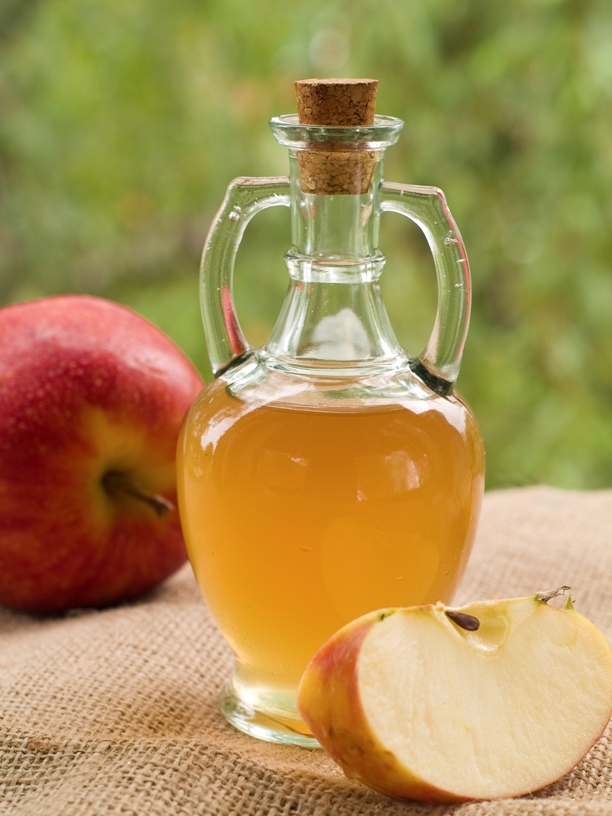 “Another great detour if you’re staying in Newquay is to visit Healey’s Cider Farm,” says Luke. “They’re really friendly and the tours are not only interesting but include a free sample or two!” Equally interesting is the fact that Healey’s are now branching out into brandies and whiskies, which brings us neatly onto the subject of Cornish distilleries.

Another really brilliant local success story has been the emergence of Tarquin’s Cornish Gin, which also comes highly recommended by Luke. “The Southwestern Distillery are a very young company at just four years, but the quality they produce is exceptional,” he enthuses, without the aid of any booze. Sticking to an ethos that is all about small batches and big quality control, the company have quickly been catapulted to international renown, now shipping some 40,000 bottles of spirit per annum!  “Interestingly they also make a fine quality Pastis,” says Luke, “the only British drink of its kind.”

How would we recommend you sample a spot of Cornish gin at the hotel or at home? “It makes a mean Dry Martini,” reckons Luke, “but a really delicious summer cocktail is the Elderflower Collins- a long drink with plenty of ice, lemon, sugar, quality gin and elderflower pressé. Delicious!”

Talking of cocktails, Luke has a traditional favourite or two to add to the mix at Hotel Bristol. But perhaps the most infamous of Cornish cocktails is the deadly Rum & Shrub. It’s a big hit with guests and has rather an intriguing story to it (and no, it isn’t a bottle of rum mixed with a small tree).

“The Rum and shrub actually dates back to the days of Cornish smuggling,” says Luke. “In the time when smugglers hid casks of rum in sea caves or even stashed them underwater, there was always a danger that the drink would become spiked with seawater. The men hated to throw away good booze, so they would mix the rum with a sweet cordial to mask the flavour of the salt and create a new twist!” 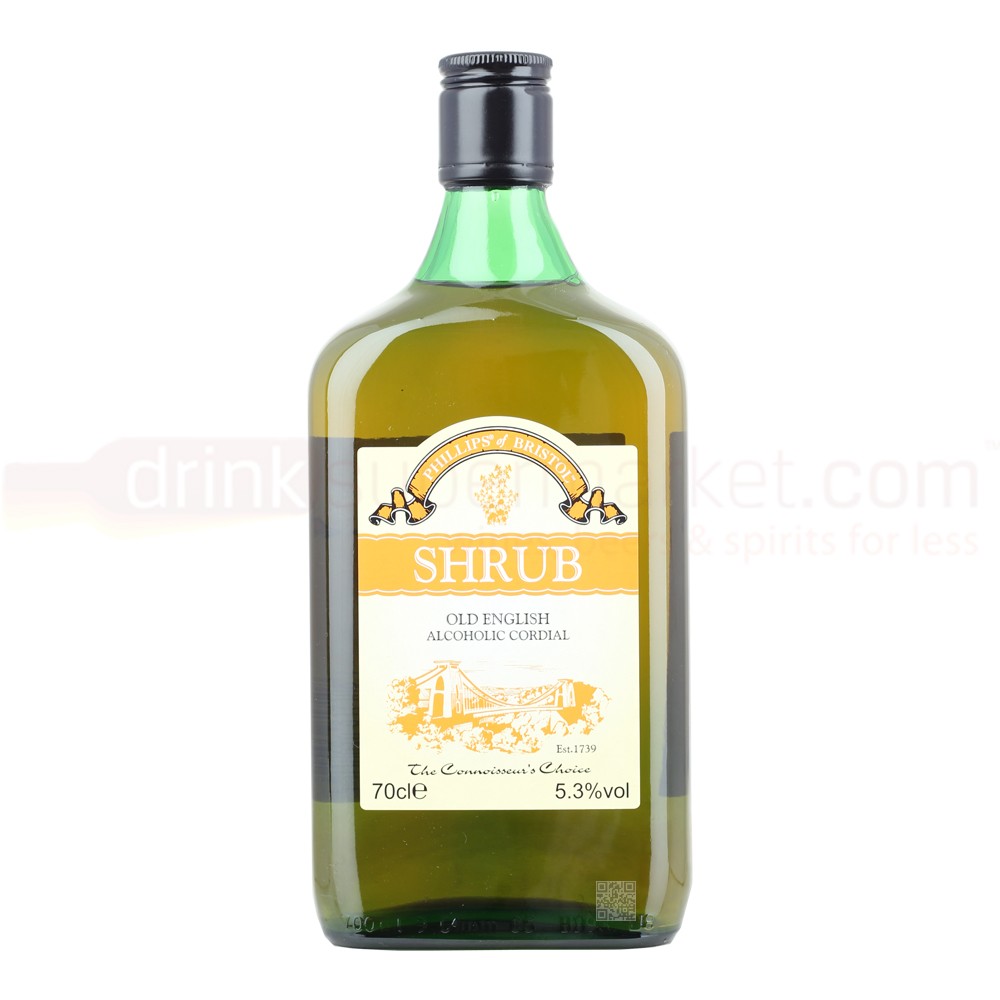 The cocktail is still available to this day, at least at Newquay’s Hotel Bristol. “It’s pretty potent stuff!” warns Luke, “You wouldn’t want to drink it all evening, but it makes a very tasty nightcap.”

The future certainly looks bright for craft alcohol in Cornwall, with both new ideas and old favourites creating a potent cocktail. There are even (don’t snigger) Cornish white wines and dessert wines that are well worth a taste these days. Knightor Wines are excellent, with their sparkling white available at the hotel.

As for the future, you can rest assured that Luke will be keeping a close eye on things and keeping his taste buds well-oiled. Strictly for business purposes, you understand. Whatever your preferred tipple, his advice is simple on your next visit: “do try something new- and keep it Cornish. Cheers!”
Why not come and find your own new favourite tipple by stopping by at the hotel bar?