March 2017 is a very special month here at Hotel Bristol as we celebrate our 90th Anniversary. Where has all the time gone? The hotel has seen many changes in business and tourism over the years, not to mention some eye-opening and remarkable events, from famous guests to stories you just couldn’t make up. 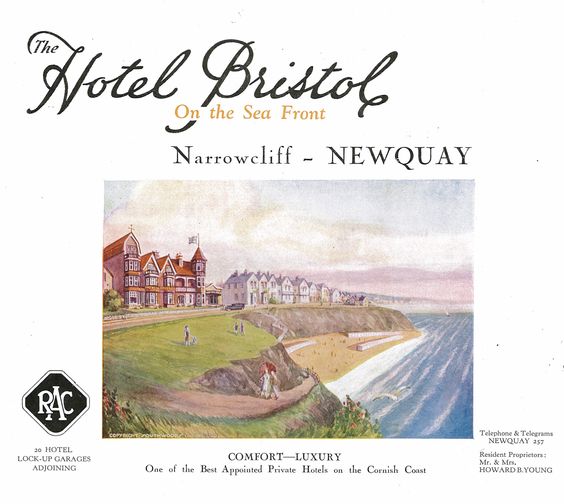 One thing that has remained consistent is the family behind it; The Young family acquired the hotel in March 1927 when Minnie and Howard Young took the plunge and moved to Newquay. Fast forward to 2017 and Emma Young, The Great Great Grand Daughter of Minnie and Howard, has joined the business as a Junior Assistant Manager.  This almost certainly represents the longest family tenure for any hotel in Cornwall!

It seems a long, long time ago since the Young family acquired the property, which went from a brave gamble to one of Newquay’s best loved hotels. But the most important part of the Bristol remains the people behind it. So this month, we thought we would revisit some of the more remarkable chapters in its history, along with some of our guests’ most treasured memories. Should you wish to add your own, we would love to hear from you! See our Facebook page for details of a special competition.

Before it was a hotel, the old premises of Hotel Bristol once served as Newquay College. On March 8th 1927, Howard and Minnie young acquired the lease from Mr Isaac Foot, father of former Labour Party leader Michael Foot. A brave move, and the “dark and stormy” first night that met the Youngs can’t have struck them as the brightest omen.

2. A golden era for Cornish tourism (but not for ensuite facilities)!

Although sometimes seen as a golden era for tourism, the 1920s and 30s were not always romantic. Ensuite bathroom facilities were a rarity at Cornish hotels, for one thing. Only four of the Hotel Bristol’s many rooms had private “washrooms” in the early days and it wasn’t unusual to queue for a shower. 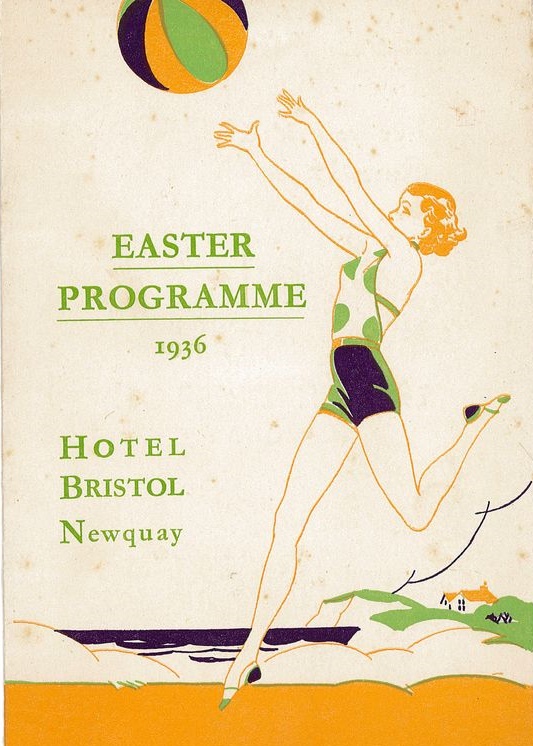 3. From hotel to wartime shelter

World War two nearly toppled the hotel financially, but by a stroke of luck Benenden School from Kent needed a site to shelter their pupils. Former students still occasionally visit with memories from the war; these include lacrosse matches on the beach and an almighty scramble to get a hotel bed rather than a camp bed at the start of each school year!

Wartime rationing and post war shortages hit Newquay residents hard. Nor was it just food that was restricted. At one point, baths at Hotel Bristol were marked with a red line to indicate the amount of water guests were allowed! 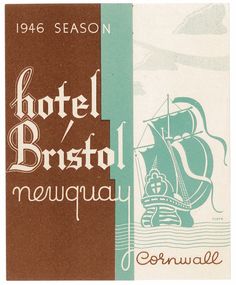 Compared to today, how different UK holidays were for much of the 20th century! The holiday season ran from May to September typically. Bookings could be quite rigid too; in the 1920s and 30s, guests at the Bristol had to book in one or two week blocks! Many hotels were closed the whole winter, while foreign guests were virtually unheard of.

6. Famous hotel guests over the years...

Hotel Bristol has hosted a wide variety of famous guests over the years. Entertainers including Vera Lynn, Dave Allen, Eric Clapton and Michael Caine have enjoyed a stay here, not to mention Prime Ministers Edward Heath and Margaret Thatcher. Even the “Iron Lady” was charmed by our hospitality, in fact, sending a letter of personal thanks that we still have to this day.

Every hotel relies on its faithful staff- and this was certainly true for us in 1973. An exploded boiler started a sudden fire in October that year; luckily the caretaker, Mr Campbell Docking, was alert and quickly called the fire brigade. It took a major effort to repair the damage and get things back to normal, but the hotel still reopened on time for the next holiday season. 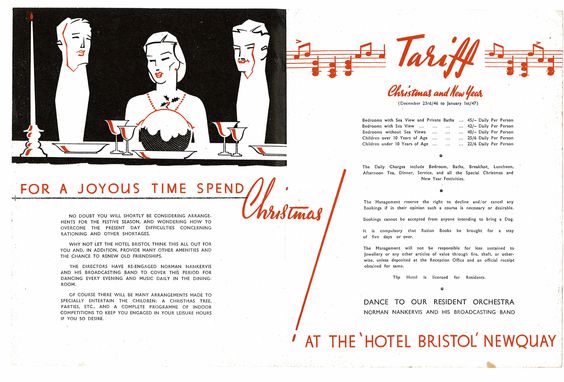 You’ll notice some fantastic art around the hotel, with beautiful coastal scenes from various eras and individuals. One travelling artist even traded his art directly in exchange for a stay at the hotel. These days we would much prefer the usual means of payment please!

The hotel has survived several challenging periods and recessions over 90 years. Among our surprise saviors have been great numbers of German guests who love Cornwall for its Rosamunde Pilcher connection, not to mention the modern rebirth of the county as a tourist destination with the arrival of first class attractions such as the Eden Project.

Perhaps most remarkably of all in our 90th year is our continued existence as a family run hotel, with no fewer than five generations of Youngs behind our success. Becoming a Best Western Hotel greatly helped to stabilize the business in the past too, but never at the cost of keeping the Bristol independently managed. We can only express a huge thank you to all our guests over the years- here’s to many more happy years!

A Place for Memories…

To celebrate 90 years, the Hotel is currently running a special competition on social media with the Do have a story to tell from a visit to the hotel? From happy holiday memories to humorous or remarkable events, we would love to hear from you. All you need to do is write a post on our Facebook page and use the hashtag #HotelBristolMemories and you could win a special weekend break in Newquay.

Keep an eye on Facebook for an ongoing selection of stories and memories from the archives. 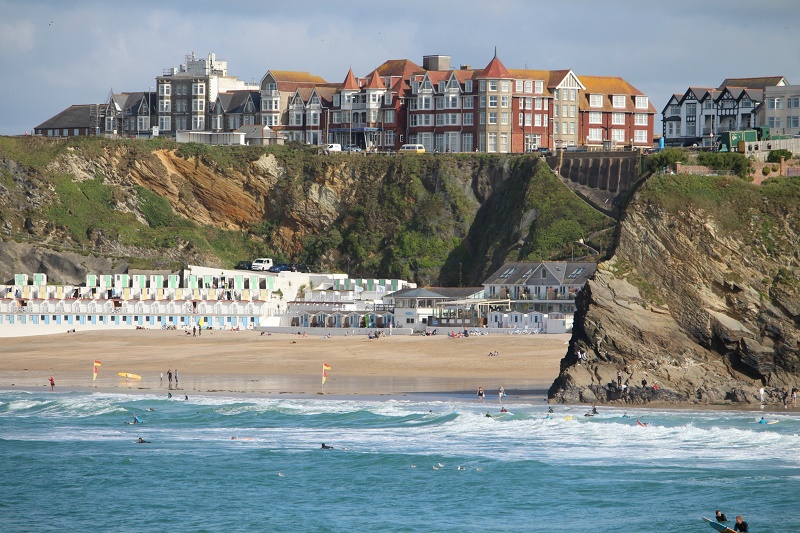