Proper Job Kernow! Why We Celebrate All Things Cornish

Cornwall, or Kernow to those who know it best, is much more than just a county. Many of its inhabitants would argue it is really a country in its own right.

Cornwall is England’s last Celtic bastion and while its language may have fallen out of common use, the people who live in Cornwall remain determinedly Cornish, not English. The pride and devotion that Cornwall inspires, has meant the region punches well above its weight in terms of its cultural impact and renown in the rest of the UK and beyond. Despite a tiny population of just 549,404 people and no major cities, Cornwall is one of Britain’s most iconic regions.

So, in a celebration of all things Cornish, we look at just some of the things which have made Kernow famous far beyond the Tamar: 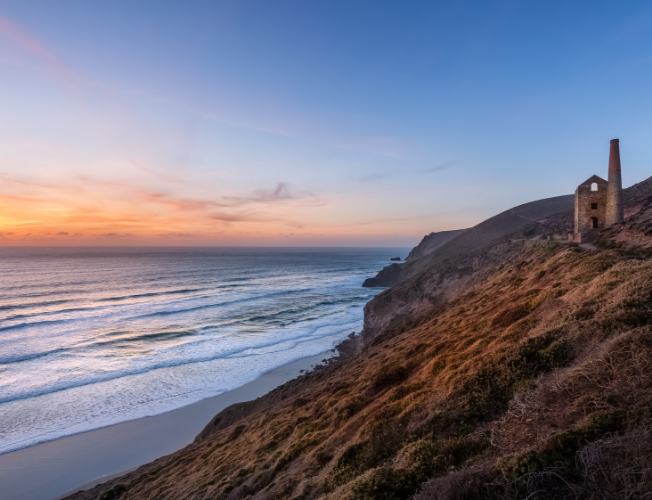 Cornwall’s rugged beauty has bought it world renown and attracts millions of visitors every year. The varied unspoilt scenery makes it a favourite location for filming and has inspired some of the most atmospheric novels in English literature.

The county boasts a vast range of landscapes from the desolate beauty of Bodmin moor to the tranquil winding estuaries of the Fal and the Helford Rivers, bordered by gently sloping green fields and ancient woodland.

Cornwall’s 300-mile coastline is a mix of wide golden sandy beaches, rocky promontories and sheltered inlets. The south coast of Cornwall is gentler than the north and offers picture-perfect rivers, creeks and sleepy fishing villages as well as a kinder climate. The north coast, ravaged by the waves rolling in from the Atlantic, is more dramatic with dark jagged cliffs protecting sandy bays. Both coasts offer unremitting uncompromising beauty with fantastic walks along the clifftops.

Food, or ‘boos’ in Cornish 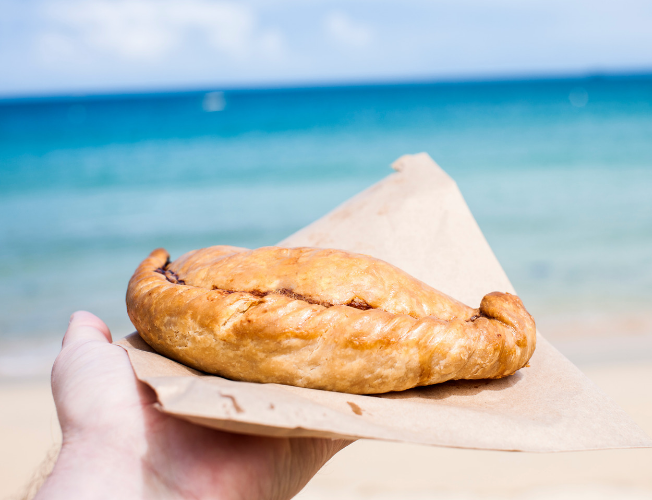 With miles of fertile farmland, a temperature climate and an expansive coastline, Cornwall benefits from amazing local produce. The region is associated with numerous culinary delights, none more so than the Cornish pasty. This meat and vegetable filled pastry, first developed as a cheap and filling portable lunch for the tin miners two centuries ago, has now become a lunchtime favourite with people all over the UK and is worth an estimated £300 million to the Cornish economy.

The region is renowned for wonderful fresh seafood from Newlyn crabs to oily pilchards and everything in between. This has lured top chefs such as Rick Stein and Jamie Oliver to its coast to make the most of the fresh fish.

Cornwall produces about 60 varieties of cheese, from cheddars to Cornish Blue. But the best known is the Cornish Yarg, a semi-hard cow’s milk cheese with its origins in the 13th century. The cheese is exported all over the world from a single dairy near Truro. Cornwall’s dairy herds have also made the county famous for its clotted cream, which is particularly good as part of a traditional cream tea, and artisan ice creams. For those with a sweet tooth, thick fruity hevva cakes or saffron buns, a Cornish take on the teacake, will hit the spot.

Drink or ‘diwes’ in Cornish 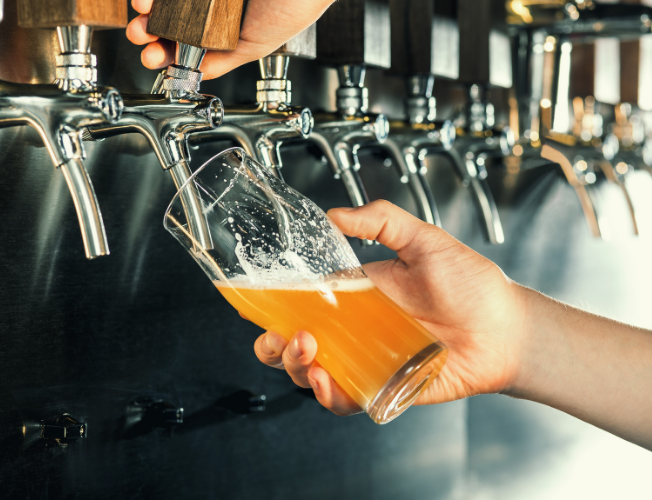 As home to the famous St Austell Brewery and a whole host of artisan and micro-breweries, visitors to Cornwall can enjoy some of the UK’s finest ales and craft beers. St Austell is best known for Tribute and Proper Job while the smaller Sharps Brewery produces the hugely popular Doom Bar. Driftwood Spars microbrewery has won CAMRA awards for its beers while a new competitor the St Ives Brewery is now producing delicious golden ales and lagers.

The region is also famed for producing top quality mead. This ancient drink made by fermenting honey seems to be undergoing a resurgence. In Cornwall it never went out of fashion and Ninemaidens Mead and the Cornish Mead Company produce some of the finest meads available.

Like most of the West Country, Cornwall is home to a number of cider farms which turn out delicious ciders and apple juices but more surprisingly, the county also now boasts a number of vineyards such as the award winning Camel Valley Vineyard in Bodmin. 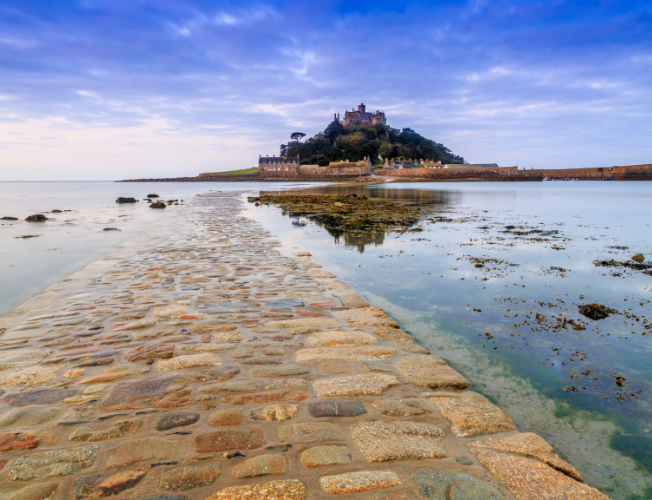 As the birthplace of King Arthur, Cornwall is steeped myth and legend. The eerie crumbling remains of Tintagel Castle, where the famed king is said to have been born, sit high on the cliffs above Merlin’s Cave and the crashing of the waves.

Visitors to Cornwall can admire King Arthur’s Great Halls, Bossiney, St Nectan’s Glen and the supposed site of Arthur’s final battle at Slaughterbridge. The nearby medieval town of Camelford, built on the River Camel, is reputed to be the site of Camelot while Dozmary Pool high on Bodmin Moor is said to be where Arthur’s famed sword Excalibur lies. Legend tells that Arthur rowed out to the Lady of the Lake from whom he received the sword and it was returned to the depths by one of his loyal knights following his death in battle.

The tragic Cornish love story of Tristan and Isolde – also spelt Tristram and Iseult – is now known all over the world, particularly since the 2006 film adaptation. Tristan was a nephew of King Mark of Cornwall and he fell in love with Isolde, daughter of the King of Ireland. Their love affair was doomed after King Mark chose her for a wife. A cross at the Iron Age hill fort of Castle Dor near Fowey is said to mark Tristan’s grave. Castle Dor is also linked to Arthur.

For those who prefer living history, the island castle of St Michael’s Mount looks like it belongs in a fairy tale yet remains the family home of the St Aubyn family to this day. Originally a priory built by the same order of monks responsible for Mont St Michel in France, the medieval castle and rock upon which it sits is an awe-inspiring sight. As early as 495AD, there are tales of sailors being guided safely past the mount by the apparition of Saint Michael, the patron saint of fishermen. The mount is said to be the site of four miracles in the 13th century which has made it a popular destination for pilgrims ever since. 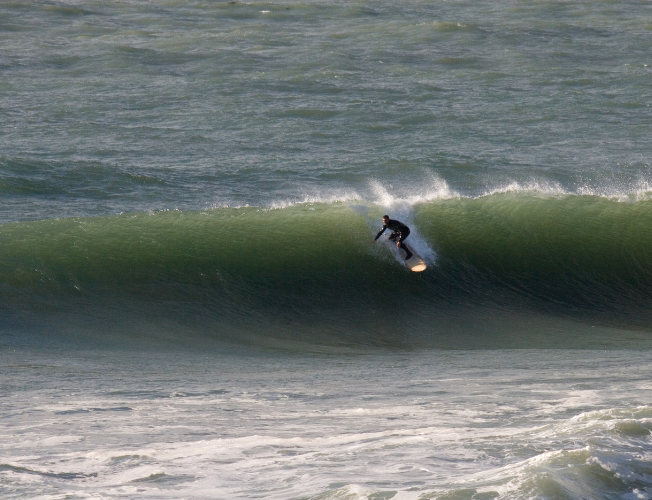 With its north coast taking the full force of the Atlantic swell, Cornwall is the UK’s premier surfing spot and attracts surfers from all over the world. The wide sandy beaches on the north coast offer a perfect environment for all levels, from learners to pro surfers. It is also home to the few west-facing reefs in the UK and hosts the British National Surfing Championships, the European Pro Longboard Tour and Boardmasters Festival each year.

The biggest and most accessible surfing spots like Fistral Beach in Newquay can get very busy in the summer with hundreds of people trying to catch the peaks but with so many surfing locations to choose from in Cornwall, keen surfers will always be able to find more secretive and remote places to escape the crowds.

Much of the dramatic north coast is owned by the National Trust meaning it remains beautifully unblighted by development and offers great surfing all year round. 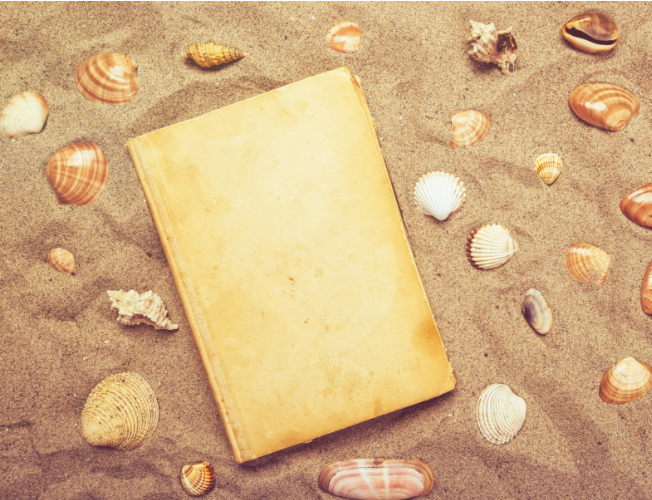 The author responsible for much loved classics such as Rebecca, Jamaica Inn and Frenchman’s Creek is synonymous with Cornwall. Du Maurier lived near Fowey and took much inspiration for her books from the people, buildings and landscapes around her. Many of her books are set in Cornwall and she conjures up a unique sense of place.

Du Maurier’s love affair with Cornwall began when she came to Fowey on holiday as a child. Her family later bought Ferryside in Boddinick, where she wrote her first novel The Loving Spirit. She moved into Menabilly in 1943 and would remain there for 26 years before moving just a mile away to Kilmarth.

The isolated pub on Bodmin Moor which Du Maurier used as the setting for her thriller Jamaica Inn remains a working pub while the small inlet of the Helford River which provides the pirates’ hiding place in Frenchman’s Creek can still be explored by dinghy or kayak. Menabilly is the bricks and mortar manifestation of Manderley in Rebecca. For Du Maurier fans, a visit to Cornwall provides a wonderful insight into much of the author’s creative backdrop.

There are of course many other quintessentially Cornish wonders we could list, but this provides a quick snapshot of just some of the things Cornwall should be proud of. Right on Kernow, proper job!

Now, where better to settle down after a day of exploring Kernow, than Hotel Bristol in Newquay. Great food and drink, and far reaching sea views. The very best Kernow has to offer.